The great thing about my courses as well as the courses at Fotogram (in Dutch) is that they result in exhibitions and photo books in which burgeoning photographers can show their work. Below a selection from exhibitions and books.

Exposition in the Arcam Amsterdam

This exhibition features the work of students of one of the advanced Workshops at Fotogram in Amsterdam. Everyone recorded this unusual building in their own way and made a collage during a series of lessons on architectural photography. 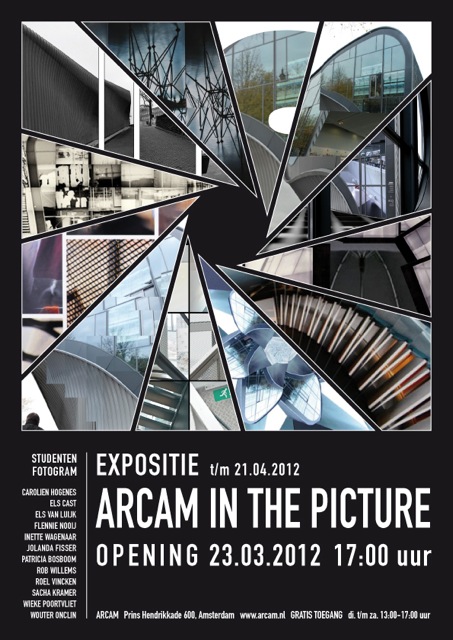 The photography collective InsideOut shows their reflective view of Amsterdam and takes you on a voyage of exploration. Inspired by Saul Leiter and his New York Reflections, InsideOut allows you to experience that Amsterdam is more than what you see on the surface. Their reflections of Amsterdam result in a different image palate for each one , but still united within that one theme. This exhibition is a journey of discovery led by their mentor Ariane James and was shown in Theater De Speeldoos, Rembrandtlaan 35 in Baarn, and, after that, in the Fotoacademie building in Amsterdam. 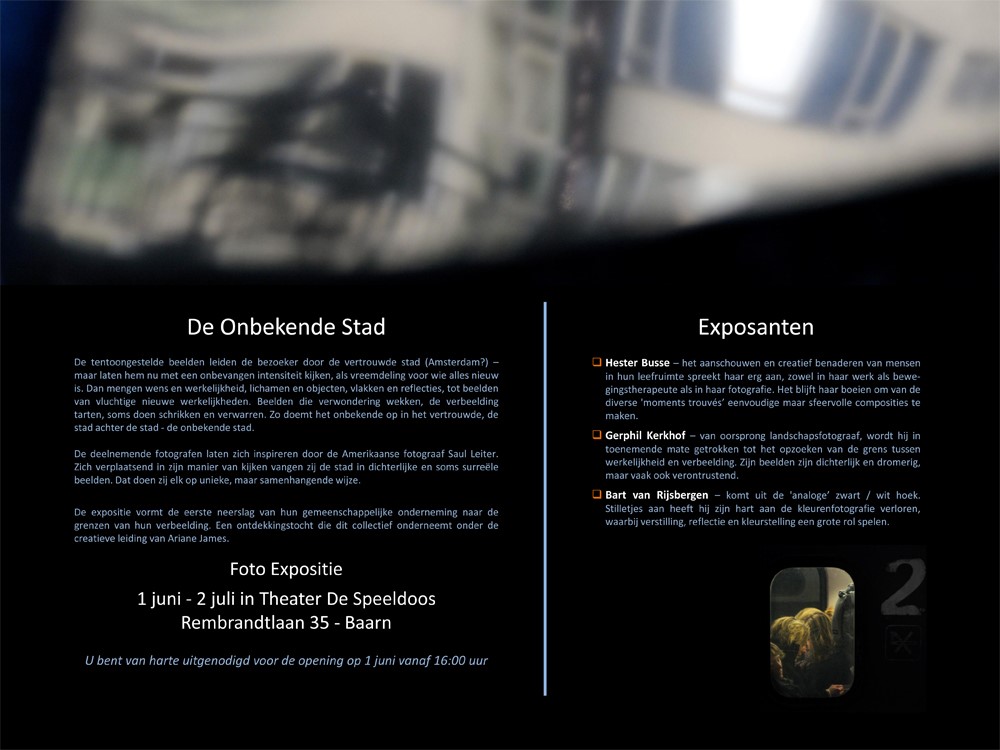 The exhibition is presented in a photo book.

Expositie at ‘circus Elleboog’ in Amsterdam

Here work by participants of the Dance Photography course, made during a performance by Circus Elleboog, was exhibited. Colorful and spectacular: shown in an exhibition at the Elleboog theater, Passeerdersgracht 32, Amsterdam.

During the Documentary Photography course the group visited a sheet metal factory. A new element was that everyone filmed. Splicing the films together was a quite a job, and completely new for most participants, but the results were amazing! 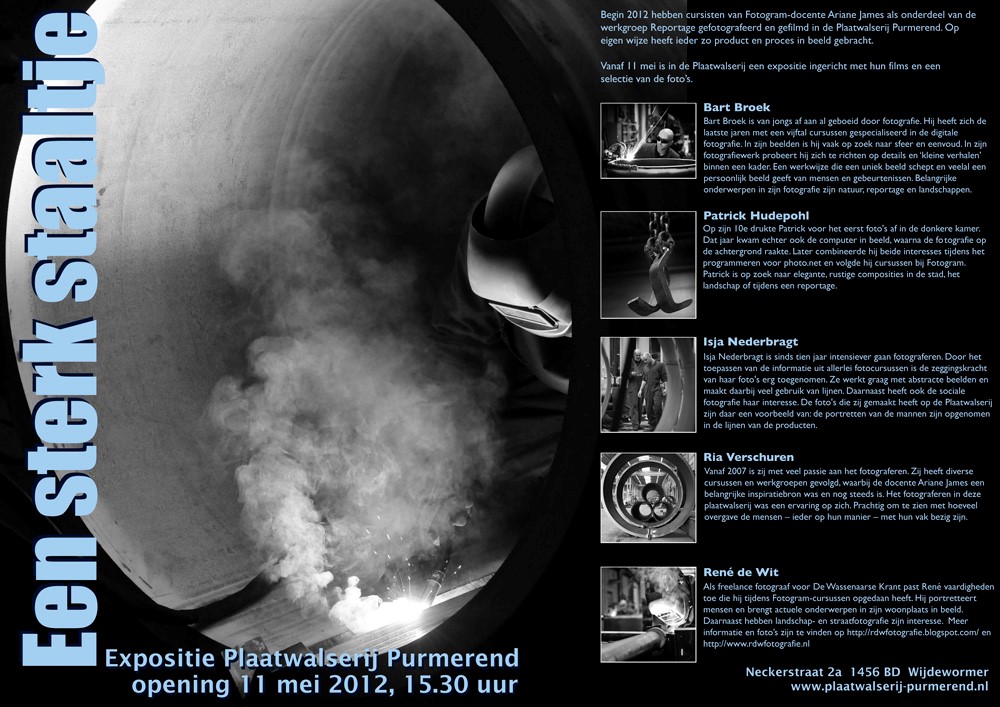 Besides filming, everyone had taken photographs, and the results were exhibited in an exposition at the office and the cafeteria at the factory. This exhibition was immediately bought by the factory and can still be seen there. (Plaatwalserij, Neckerstraat, Wijdewormer). De photographers: Rene de Wit, Isja Nederbragt, Willem Kaspers, Patrick Hudepohl, Sjoerd Mouissie.

On a later occasion the group visited an even larger sheet metal factory in Genemuiden.

The film of the sheet metal factory

The film made by Bart Broek at the sheet metal factory in Purmerend.

Exposition Reflections on Town and Country

‘Reflections on town and country’ brings together the exhibitions ‘The Unknown City’ by the collective, and ‘Bijzonder Buiten’ by Ariane James. 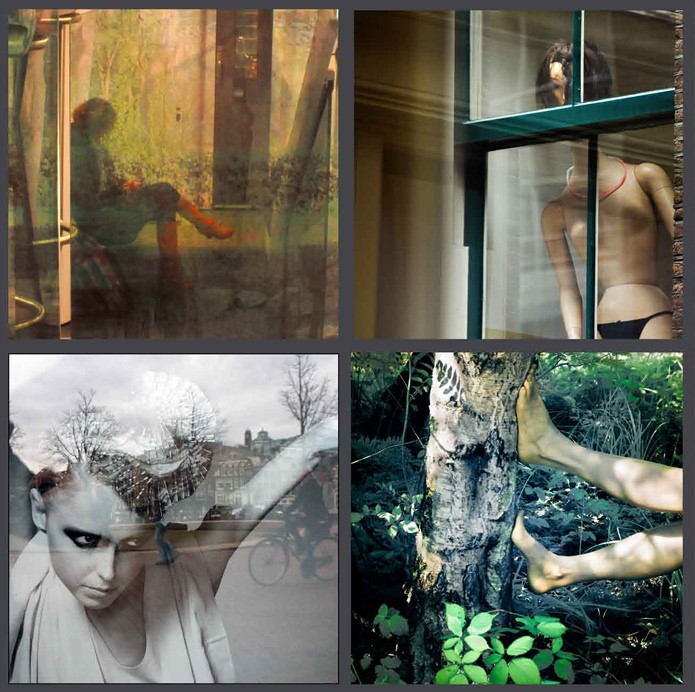 The section ‘Bijzonder Buiten’ is presented in a photo book

The exhibition is reviewed in an article

There is also an article by Karel Maat about the exhibition in Photography magazine. 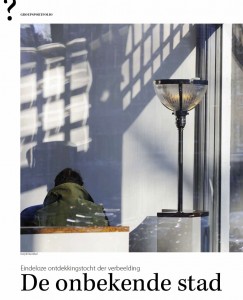